Run After the Wagon: Making Your Resolutions Last 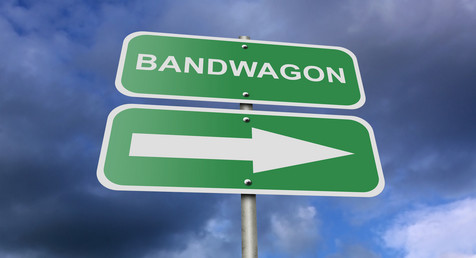 It’s been just over two weeks since the dawn of the New Year.  Did you make any resolutions?  One of mine was to continue writing daily at 5am.  Another was to have more discipline in my training regime at the gym.  It’s been a good two weeks so far, but some of the obstacles I’ve already had to face in keeping those resolutions prompted me to share some stick-with-it tips. Read on to set yourself up for success:

Set SMART goals.  You’ve heard it before: Specific, Measurable, Attainable, and Realistic, within a Timeframe.  It’s great to say “I resolve to get in shape this year,” but it’s unlikely you’ll actually get there without expanding on that thought.  “I resolve to lose 10 lbs by June 1st“ is specific and measurable, and is realistic (saying you’ll lose 50 lbs in 6 months may be setting yourself up for a fall).  There’s also a time frame in there that keeps you accountable.  Is your resolution SMART?  If not, look at it again and give it a little tweak!

Get help. I’m terrible at this one, I admit.  I’ve never been one to seek help, nor have I ever been one to even admit I needed help.  But we all do, especially when starting new endeavours or trying something foreign to us.  For my resolution to get up at 5am, I needed my husband’s help.  He would have to be the one to get up with our daughter if she woke between 5 and 6:30am, something she often does.  He would also have to put up with me going to bed at a decent hour.  In order for my resolution to last, I needed his support and for him to be on board with my plan.  Thankfully I have an awesome and understanding husband, and he was willing to assist me.

So ask for help – get a trainer to help you lose those 10 pounds.  Seek out a support group to help you quit smoking.  Round up your family and brainstorm with them about how to spend more time together.  Changing a habit is never easy, but it’s especially hard on your own.

If you fall off the wagon… run after it and jump back on, quick!  This one is really important.  If we all quit the first time we faltered, we would keep our resolutions for about 10 seconds.  The fact is, we’re human.  We make mistakes.  We waver.  We fall down.  But why make a resolution in the first place if we’re going to completely say, “forget it!” the first time we encounter a challenge?

Falling off the proverbial wagon doesn’t have to end with defeat.  Instead of letting the wagon drive off without you, run after it and jump back on!  More than once, if necessary.  When I set my resolution to write daily at 5am, I knew it probably wouldn’t happen every single day.  I have an unpredictable two year-old.  I have a job that keeps me on my toes.  I have a social life too, occasionally, which means that sometimes I go to bed late.  If a morning comes when I’ve stayed up too late to rise early, I accept it.  But I don’t give up my writing! I just run after the wagon and get up tomorrow without fail.  The longer you let the wagon drive away, the harder it is to catch up.  So if you sway from your goals, don’t worry.  You’re human.  Just pick yourself up and move forward again.

Revamp, revise, reflect – OFTEN.  Again, you’re human.  Being imperfect by nature not only means you may fall off the wagon occasionally, but it also means you may have to tweak your goals to reflect your best self, as that definition evolves.  As you travel your resolution journey, take the time to reflect on what you’ve committed to do.

It’s been two weeks since the New Year – how’s it going?  Are you having a great time keeping your resolution to run three times a week?  Or have you been struggling?  If it’s the latter, take a minute to reflect on why it’s not going well.  Maybe your goal needs some tweaking and SMARTening up.  Perhaps you realized that you’ve bitten off more than you can chew and can’t commit to three times a week.  As long as you’re not just making excuses, it’s ok to revise your goals!  Maybe twice a week would work best for you at this point.  It’s better to have success (twice a week) than failure (giving up entirely)!

Reflection also has the effect of renewing our motivation – why did I choose to make this resolution, again?  What is driving me to keep at this?  And if time goes on and you realize that your resolution was unrealistic or unattainable, then don’t be afraid to revamp it completely.  Running, after a reasonable period, turned out to be something you really didn’t like.  But you really wanted to do something physical three times a week!  Have no fear – your resolution can change its clothes a little.  Find another physical activity to put in there, instead, and you haven’t failed – you’ve WON.

Take away a lesson.  Sometimes, despite our best intentions, our resolutions just don’t work out for us.  We get busy.  We stop caring.  We get down on ourselves.  It’s ok.  Again, we’re only human.  If your resolution, despite its being SMART, despite revising and revamping, doesn’t work out, take away a lesson.  Why didn’t it work?  What did you learn in the process?  And how can you change things next time?

It’s possible to make your resolutions last.  You can do it!  This is the year; if you’ve already slipped off the wagon a little, today is your day to run after it and get back on!