Dr. Vik Dhawan launched Apollo Chiropractic on July 21, 2003. From the time he was an undergrad and into grad school, he dreamed of creating his own practice in order to champion his beliefs and values regarding health care.

From childhood, Dr. Vik suffered from asthma and severe allergies. His condition required weekly allergy shots and regular use of an inhaler. He found that these treatments didn’t improve his condition over time but merely dealt with his symptoms. This motivated him to seek out more natural solutions to wellness.

As an active, athletic teenager, he also suffered from low back pain and discomfort that was always diagnosed as the ‘norm’ for sports-related pain. In 1996 he began to see a Chiropractor and it was discovered that one of the bones in his lower back hadn’t formed properly and was the root of his suffering. With treatment, the pain began to ease and his stamina and performance in sports increased. He was so impressed with the results that he decided to become a Chiropractor!

These personal experiences created a passion in Dr. Vik: to get to the root cause of problems and to fix them rather than just masking the symptoms.

He came to realize that this approach impacts every facet of life, whether it be health, relationships, etc. Masking the symptoms only delays the inevitable and prevents people from experience true wellness. The root issues must be identified and addressed. Dr. Vik incorporated this philosophy into his practice to help Apollo’s patients get the most out of life.

Over the next few years Dr. Vik added massage therapy to the practice to complement chiropractic care and changed the name to Apollo Chiropractic and Wellness. We were in our first location for five and a half years until the clinic was forced to move due to continued growth. At that time, physiotherapy was introduced to the practice, allowing Apollo to have all three complementary services under one roof. The demand for our services continued to grow and we outgrew the new space in only two years. We then moved to our current location on St. Laurent Blvd. in May, 2011 and changed the name to Apollo Physical Therapy Centres (ApolloPTC) to encompass all of the services that we offer. We have just recently opened our second, third and fourth locations to better serve the Ottawa region.

In Greek mythology, Apollo was the god of healing. At Apollo PTC, we are passionately committed to the healing and wellbeing of every person we treat. 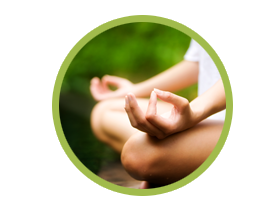 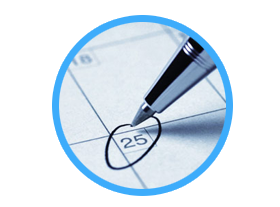 What does Apollo’s logo represent?

Have you ever thrown a rock into a pond? Although the rock enters the water at a specific place, the ripple created has a wide reach. In the same way, we understand that our patients come to us for a specific reason. They have pain or discomfort or some other physical issue. Like the ripple represented in our logo, we seek to have a far-reaching impact in the lives of our patients, far beyond the issue(s) that prompted them to seek our help in the first place.